No Agenda Show for Thursday June 28th 2012 Don't Be Nosey 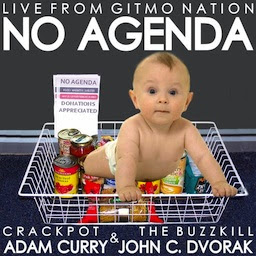 Direct [link] to the mp3 file

Become a member of the 422 Club, support the show here

The No Agenda News Network- noagendanewsnetwork.com

RSS Feed for the newsletter

Get the No Agenda News App for your iPhone and iPad

Torrents of each episode via BitLove

A client is in need of a new laptop real quick and wants to know what to go for.. this is what I told them:

Using both Staples.ca and Costco.ca as examples


The first decision you must make is the size.. 17" is the large option which is like a desktop replacement.If you are using a laptop for travel and will be wanting to use it on a plane for example, then forget 17" and the smaller 13" to 15" is the way to go. Since portability is one thing, the battery power is another and typically the smaller the unit, the more 'up-time' you are going to have.  On the 17" laptop you should get 2 to 3 hours whereas a 13" you may get as much as 5 hours.   There is also the 'netbook' which is going to be even smaller and more light weight then the laptop. The difference being that the netbook does NOT have a cd/dvd drive, thus the name 'net' means it is good for internet and other network use but if you are wanting it to be able to watch dvd movies then you would be out of luck. The up-side for travel is they are very lightweight and typically will have 5-7 hours of battery life.

The next thing is cost... you can spend thousands of dollars on a laptop (think Apple MacBook for example at $2000) but that is not typically what the average person wants when they are going to be using the laptop as a second machine in the house.  Fortunately the typical (windows) PC laptop is now under $600.  There are still the two CPU manufactures, AMD and Intel. Either one are good so you can't really say one is better then the other these days so the CPU that comes with the laptop should not be the major factor but realize the newer the processor, the more money you will pay and in my opinion you are throwing good money away in this department so just having the latest and greatest is not going to always be the best.  The hard drive (storage) size these days should be at a very minimum 250 GB in size but will probably be more like 500-650 GB.  When you get up to the 1 TB hard drives on a laptop, you are once again getting in to the latest and greatest so the prices will start to climb.  Memory (RAM) is important and most should now have a minimum of 4GB of RAM and it will probably be DDR3 memory which is the fastest out there currently so this is good.. if the laptop has 6GB of DDR3 memory all the better... this is one area where you should be looking for more memory is best but again, not at the cost factor of say $200 difference between 4GB and 6GB...

For an example I have included a few that are currently showing on the staples website, as well as Costco's website.. Note, if you buy through Costco, you automatically get a 2 year warranty which is a pretty big deal.. NEVER buy the extended warranty through any store, it's not worth it.  If you go to Costco in Kelowna, you probably won't find what you see online so buying online is usually the best way, since you get what you pay for.. on the other hand, if you simply want a laptop to get by, then set yourself a maximum price and buy whatever they have at Costco since you can't really go wrong if you follow what I have just said.. Typically at Costco in the store, they will have the high-end units at over $600 and then at least one that will be under $600 and quite possibly under $500.. just be sure it is a laptop and not netbook unless you want that..and when you talk netbooks, they start at $250 and should not be more then about $350 since you can see below, that you can buy a full laptop for just over $350:

So at Costco online (costco.ca)  this is what I would recommend:

This ACER is the first choice as it has 6gb of memory at $499 whereas
This HP would be the second choice as it is $99 less then the acer but also only 4GB of memory.. so for the $99, 2gb is worth while.

Both of these are 15" size however, so if you wanted the larger 17" (highly recommended if you don't plan on using it on a plane, since not only is the monitor size bigger, but you usually get a full sized keyboard with number pad which is nice)

This Toshiba 17" would be my second choice $50 less then the HP but also only 4GB of memory.

In the 17" inch size this ACER would be my first pick at Staples
My second pick would be this Toshiba as it is a little less in cost but also not quite the same processor and the I-3 processor that the ACER has would be my reasoning here.. both have only 4GB of memory and same sized hard drive.

Going with the smaller 15" size at Staples:

at $359 it is the cheapest and since all the 15" models under $600 have 4GB of memory, the difference is pretty much in the processor.. so at this price, this would be the least amount of money (but note the cheapest 15" model at Costco is only $100 more and you do get 6GB of memory plus that 2nd year warranty built in...but at $359 it should be noted that it is almost a disposable computer, when it crashes it crashes.. you should get at least 2 years, if not 3 before any major problems anyway and with any computer I only give them 3 year life before you are going to be upgrading.. especially at these prices.

Actually I take that back.. this HP at $449 has 6gb of memory so this would be my first pick if you wanted to spend more then what the cheapest one is selling for.. again, the $90 difference is probably worth it since you do get 6gb of memory  but when you start spending this money, you can be buying through Costco online.. they deliver within 5 business days..

Regardless of what you do go for, be sure to buy a 10pack of DVD-R (or DVD+R) disks to make the factory recovery disks.. if you are buying through Staples, DO NOT allow them to talk you in to any other software or extended warranty.. you do not require this. 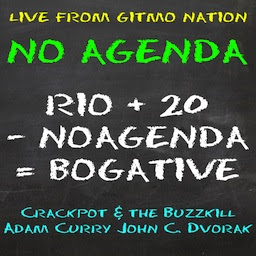 Direct [link] to the mp3 file

Become a member of the 420 Club, support the show here

The No Agenda News Network- noagendanewsnetwork.com

RSS Feed for the newsletter

Get the No Agenda News App for your iPhone and iPad

Torrents of each episode via BitLove