I am the proud new owner of my second Apple product, the IPOD TOUCH. The first being my MacBook which I purchased a little over a year ago. I believe I waited long enough, for the bugs to be worked out as this is the latest generation unit and I did get the largest capacity available (32gb).  I was looking at the Iphone but since I am a Telus mobile client and Rogers is the only provider of the Iphone in Canada, I figured the ipod touch is the next best thing. So far I am extremely pleased with it and have found numerous applications that are being used all the time. Although the Apple Itunes Store is where you end up purchasing the apps, there are a number of pretty good websites that you can do your research from. So far I have found Apptism.com to be one of my favorites for this as you can compare, keep your own lists, etc.
Posted by Mike at 2:12 am

One of the original anti-spam fighters Ad-Aware has released their (free) software, which you can get from this link directly .
As with any 'free' software, they also provide, and promote the "pro" version which gives added features, but if you care at all about your overall performance of your system, you might want to opt out of most of these things, as I make mention of in my OPTIMIZING TIPS , it is typically best to use this sort of program as a scanner/remover, but depending on your needs of protection I guess, that is why you have options and this is one place you should be visiting once you have installed it.  And on that note, like with any software you install, you should always choose the 'advanced' option if available (even if it says it is for advanced users and you feel you do not qualify for that title), by using the advanced install option you are typically presented with options on where to install as well as WHAT to install and this is where you can de-select the automatic download and monitoring features.  Of course if you purchase the pro versions, many of the annoying prompts disappear and this is no exception with Ad-Aware but that doesn't stop the program from being a very integral part in your routine computer maintenance, one of a number of tools, all of which I highly suggest getting if you haven't already done so, from the SOFTWARE/SUPPORT page .
Posted by Mike at 12:11 pm

Okay so I was one of those that downloaded the free beta of windows 7 when Microsoft TechNet released it and it was immediately installed on my "main computer' as this is the one that gets most of the playing around on since it is used mainly as my 'beyond tv' computer for watching tv programs on and the basic internet stuff.
Not only was I blown away by the easy and quick installation, but since the initial install on Jan 2, 2009, it has only needed to be restarted due to software installations and has never crashed or frozen.  I did have to install an older driver version of logmein, but once that was installed, it proceeded to allow the update to the newer and latest version of logmein.
My Carbonite backup works fine as the install was without issue.
My Snapstream Beyond TV is also working, both the latest release, as well as the beta that I downloaded after I saw that the stable public release version did work.
I then figured this wasn't giving the Windows 7 Beta enough of a challenge so I installed it on a 1.4ghz laptop with 1gb of RAM.. again, no problems with the install and all appears to be working, with the exception of the built in wireless (intel wireless) and even after installing the xp/vista drivers, which appeared to install ok, it doesn't want to allow me any sort of workable interface so I installed a D-Link PCMCIA wireless G card and after installing the (very old 2003 drivers-the last issued for this card) it worked and so I now have wireless to the device.
Knowing how reliable and fast this o/s appears to be, I will be sure to install this to other working units, hoping to give this o/s a rigorous workout right up until the final public release of this new operating system.  So far, I would have to say Microsoft has a winner here!
Posted by Mike at 1:36 am 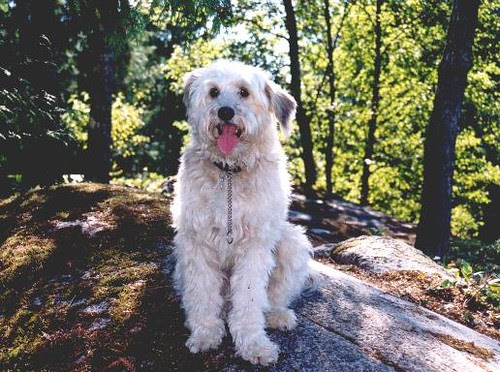 At 1am this morning my dog Bud had his last breath.... he was 15 years old and basically went in his sleep having no troubles other than not being able to get around for the past month or so as his back end had given out which meant more T.L.C from me.  I have been blessed with having only three dogs in my life (so far), all that lived 14 or more years so I certainly can't complain, and, knowing the way that Bud passed on, in very little to no pain, I can only hope my last few days on this Earth are so kind.
He will be missed and thought of often!
Posted by Mike at 1:20 am

A My Digital Life  Blog post does a good job explaining issues with .Net and Vista,
This link is more for my quick reference (and yours) should you require it if you are in the computer repair biz.
Posted by Mike at 7:26 am

As most of you that use the AVG Antispyware program have probably already learned, they are no longer supporting it and want you to upgrade to Version 8.

The best thing you could do at this point is to simply uninstall the program.  Go to your control panel and add/remove programs and uninstall it. If you are on vista then go to the control panel and ‘programs and settings’ and uninstall from there.  Note, you DO NOT want to install Version 8 as this is antivirus as well and will only interfere with your existing antivirus (which is probably Avast if you are a client of TPS).

As always, if you are unsure what to do, simply contact me and I can connect and get things done for you.