Windows 10 is coming-what you need to know!

The latest version of Windows will be named "Windows 10".  Since the current version is Windows 8 (8.1) you may ask why is it not Windows 9?  The main reason is because the 2nd major release (windows 3.1 being the first) of the Windows brand was Windows 95 and because there is a 9 in it, they feel this will disrupt some programming code, thus they skipped Windows 9 and moved on to 10.

That's all for now.. for all those using pre-Windows 7 computers.. time to shut it down and get yourself a new one. I suggest familiarizing yourself with windows 8 so the free upgrade to 10 will be uneventful.  Those using windows 7 already--no need to go to 8 at this point. Windows 10 will be a much more refined and faster version of Windows 8 so you won't be missing much and will most likely have less frustrations when you do make the free upgrade to Windows 10. 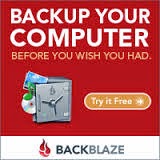